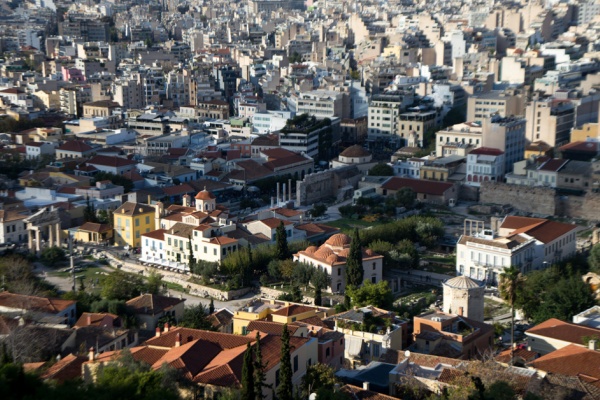 A unique embrace of ruins under the Acropolis Museum traces Athens’ ancient past through the centuries. Coinciding with the Museum’s 10th anniversary and as of June 21, an excavation site underneath the concrete “feet” of the museum is fully open to the public for the first time. A massive area of 4,000 square meters of what had once been an Athenian neighborhood of the classical era that flourished and expanded through to Byzantine times, was gradually unveiling its secrets as foundation excavations for the constructions of the Acropolis Museum were progressing.

Streets, residences, baths, workshops and tombs nesting on the south slope of the sacred rock of Acropolis came to incorporate in a way most enthralling in the Acropolis Museum architecture as yet another exhibit that converses with the masterpieces of the ancient Greek civilization displayed in its galleries. Visitors can now admire the exposed sections of the “Makrygianni plot” (as the area surrounding the Museum is named) by looking down from the glass floor on the museum’s south entrance or better yet “stroll” the neighborhood through the protective walkways floating right above the remains.

Visitors can enter the excavation with the permanent exhibition ticket.