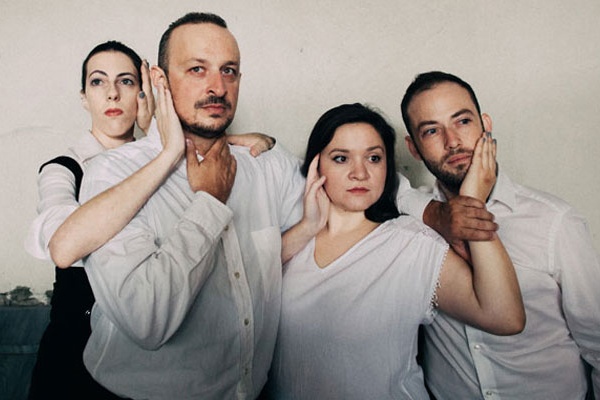 With a title inspired by an old three-cards trick game – find the King – which in its “exotic” version it is played with three shells and a pea, the opera casts a glance into the inner depths of impasse human relationships, however in a calm and dispassionate manner. Complicated and tricky human relations are, with some gambling risk involved at times, a true “shell game”. The music, composed by Yiorgos Doussis, is an immediate language on its own. Combining the lyricism of post romanticism with the rhythmical “riches” of jazz, it gives volume to emotions such as love and passion, jealousy and hatred, and tunes with the rise and fall of human connections. Plain and clear, while at the same time zealous, dynamic and impulsive, it masterfully outlines the soul characteristics of the roles-individuals.

The opera is a single act play with seven scenes and it is written in English in correspondence to the infamous Leonard Bernstein’s opera “Trouble in Tahiti”, which is to follow on stage as the theatrical season 2015-0016 progresses.

Curtains rise on November 28 and for 12 performances on Saturdays and Sundays at 18.30