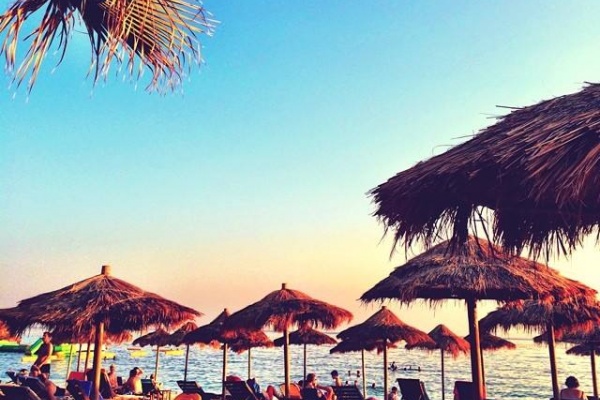 Premium summer spot on the coastal road to Varkiza, designed to relax and enjoy. Jetsetters and visiting celebrities always include it on their schedule. 27th km of Athens – Sounio Av., Varkiza, (+30) 2109653563

Akrotiri Lounge on the coast of Agios Kosmas is an all time favorite from April until October and attracts a fashionable crowd with mainstream vibes from resident DJs. Vasileos Georgiou B5, Elliniko, (+30) 2109859147

All day beach resort with dance events on the organized beach of Alimos, also known as Akti tou Iliou in the Municipality of Alimos Kalamaki at the intersection of Alimou and Poseidonos avenues. Posidonos Avenue, Akti tou Iliou, Alimos, (+30) 697 0367 684

Sea-front hotspot in Asteria Beach's suburb. You could enjoy your drink or cocktail listening to popular music from 9am to 3am. Every room has a different set up. Posidonos Av. 58, Asteras Glyfadas Complex, (+30) 2108983577