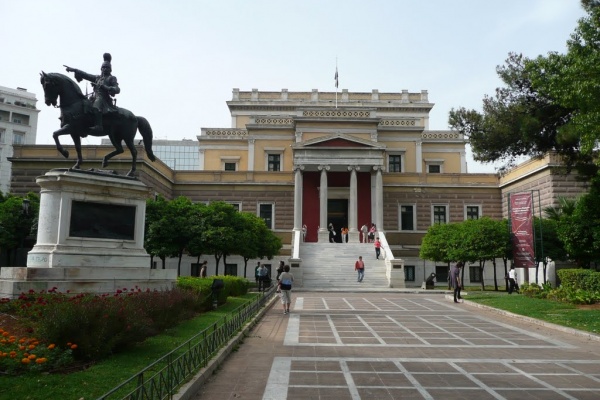 This historic building is the first Greek House of Parliament, later turned into a museum. It provides an insight into the history of Greece since the fall of the Byzantine Empire in 1453. Among its most interesting exhibits are archival records, photographs, costumes and flags. The museum stands behind the commanding statue of General Theodoros Kolokotronis, one of the most respected and revered leaders of the Greek War of Independence. There are quite a few urban legends about the equestrian bronze statue of the General. Notice that he turns his head towards the Parliament House and his hand is pointing the other way to where the 19th century Royal Mews were located. Urban legend says the hero of the revolution is indicating to parliamentarians loyal to the King that their rightful place was in the stables. There is a gift shop at the museum.