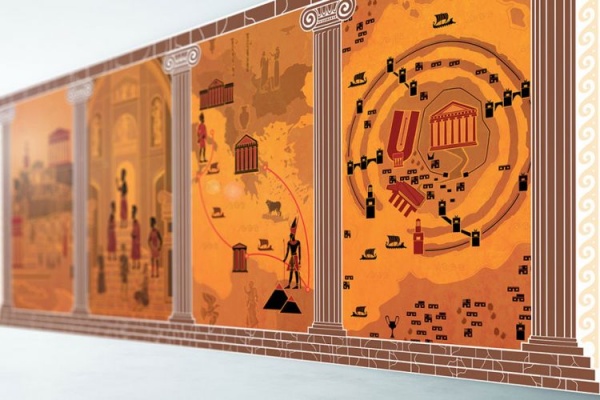 Τhe first museum dedicated to the lost city of Atlantis has opened its doors to the public in Santorini! Atlantis is the most famous mythological city that has ever been created, being the subject of thousands of books, movies and far-fetched theories. The myth that still stands today started by a reference from Plato, who talked about a lost city, with unimaginable treasures and advanced technology. Plato, one of the world’s most famous philosophers used the story of Atlantis to teach his students the higher morals that would take for an ideal society to be formed.

While many real places claim that Plato was referring to their city in his words, Santorini is one of the most possible explanations, especially when one takes into consideration the devastating volcano eruption that occurred in the island during ancient times.

Based on this theory, the LOST ATLANTIS EXPERIENCE MUSEUM first opened its doors on the 1st of May 2019. Due to new and groundbreaking technology, the visitor will be able to: