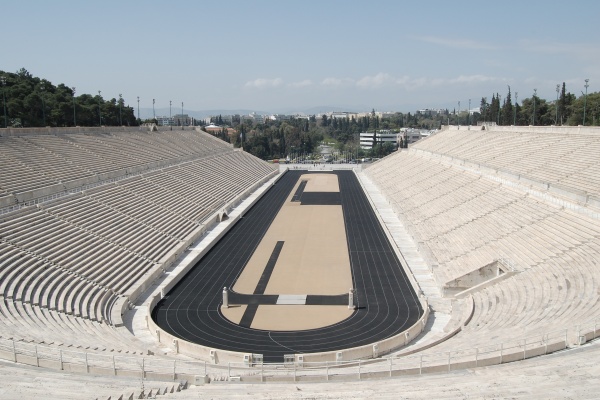 Also known as Kallimarmaron. A stadium on this site existed since at least the 4th century BC and was used for mystical ceremonies held for the Panathenaic Festival in honour of Athena, goddess of wisdom and patron of the city. During the occupation of Athens by the Romans, governor Hadrian had also constructed a stadium at this exact location, where gladiatorial contests were held for the public. In 1896, it was completely restored with pentelic marble, as an exact replica of the ancient one, with the purpose of hosting the first modern Olympic Games. During the Athens Olympic Games of 2004, it provided the venue for the archery event as well as for the finish of the Marathon Run. Next to the stadium is a beautiful hill, the Arditos Hill, ideal for a walk after a visit to the stadium.