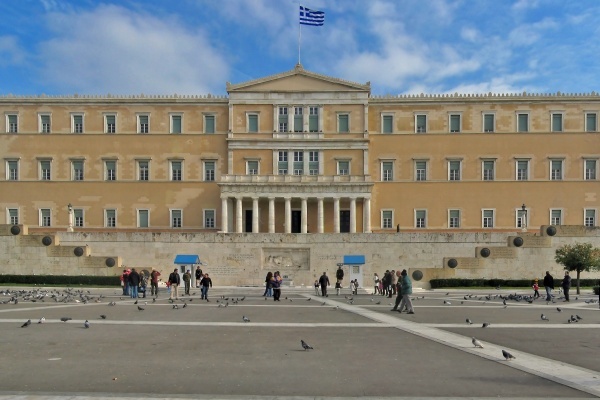 Overlooking Syntagma square, it was originally the Royal Palace of King Otto and Queen Amalia, the first monarchs of modern Greece. Designed in the neoclassical style by Friedrich von Gartner, the palace was completed in 1843. It was used as the Royal Residence until 1924 and, since 1934, has housed the Greek Parliament. The Tomb of the Unknown Soldier, a monument in honour of the servicemen who fell in the struggles for Greek Independence, is located in the forecourt of the building. But it is the ceremonial changing of the guard (the so-called tsoliades or evzones) outside the Parliament that occurs on the hour that invariably attracts large crowds and photographs. Tourists love being photographed next to the evzones and their impressive traditional attires, including the dress known as foustanella. On Sundays and public holidays, the change of the presidential guard takes place with an official ceremony including a military band. The evzones march in group formation at 11:00.