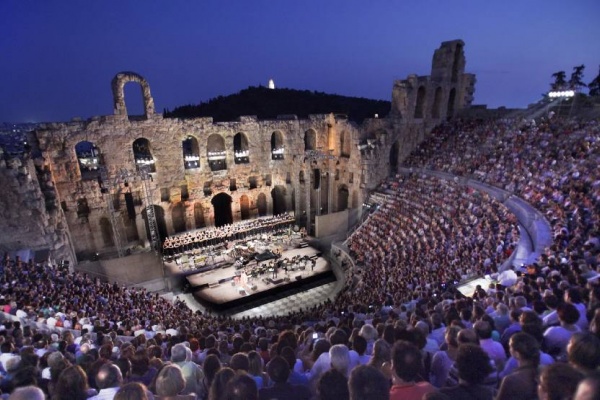 Often confused with the Theatre of Dionysus, located in the same area, in the shadow of the Acropolis Rock, lies the Odeon of Herodes Atticus, established in 161AD by the Athenian magnate Herodes Atticus in memory of his wife. The amphitheatre was restored in the 1950s, using white marble from the Penteliko Mountain. Since then it has been the main venue of the Athens festival and has featured performances by many famous Greek and international artists and performers.

In 2014, the Odeon of Herodes Atticus was ranked 2nd in the international list of the "best spaces for live performances" by newspaper Globe and Mail.