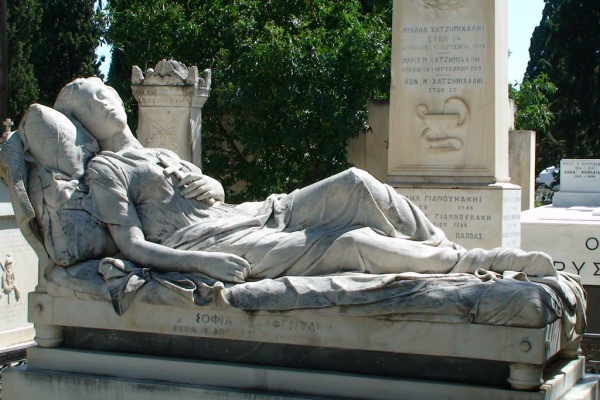 Most famous Greeks are buried here. It is a museum in its own right with every kind of monument and ornamental patterns, marble sculptures, columns, sarcophagi and neoclassical temples, conveying the memorial art that flourished during the 19th century along the rebirth of the new Greek state. It was founded around 1837, when Athens was also established as the capital city of the modern Greek state (1834). It spreads on the slope of the Ardittos hill, close to the Panathenaic Stadium. 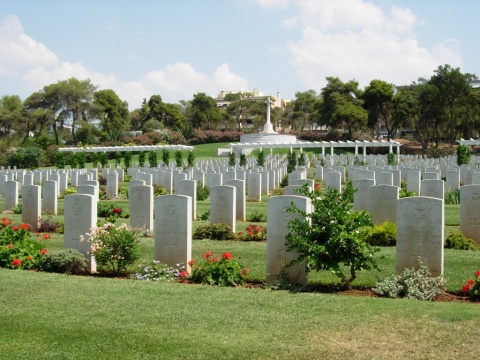 2,028 Commonwealth servicemen of the Second World War are buried or commemorated in this cemetery. 596 of the burials are unidentified and there are also 74 men of the army of undivided India who died during the campaigns in Greece and Crete in the Second World War. In the northeast corner of the cemetery, a plot contains the graves of servicemen and civilians who after serving in the Crimean War, died in Greece. A Memorial within Phaleron War Cemetery commemorates nearly 3,000 members of the land forces of the Commonwealth who lost their lives during the campaigns in Greece and Crete in 1941 and 1944-1945, in the Dodecanese Islands in 1943-1945 and in Yugoslavia in 1943-1945, and who have no known grave. Tram stop: Pikrodafni