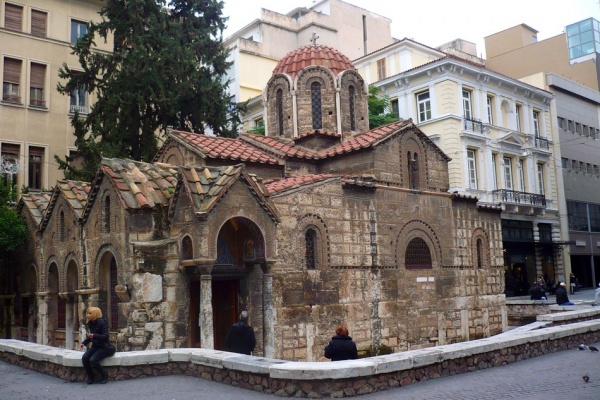 Built on the ruins of an ancient temple, which was dedicated to goddess Athena or Demeter, this miniscule church is commonly known as Kapnikarea. It is usually surrounded by hundreds of people, either waiting for someone or having their portrait drawn and even having a breather in between shopping. In a poll, it would probably be voted the best loved church in Athens. As for its background, it was erected around 1050AD, but the small porch with the two columns was built closer to the end of the 12th century. It is cross-in-square shaped, with three apses on the east side and a narthex on the west. A chapel, dedicated to St. Varvara, was later added to the north side. As for the interior, which is open to the public, there are paintings signed in 1955 by Greek artist Photis Kontoglou.