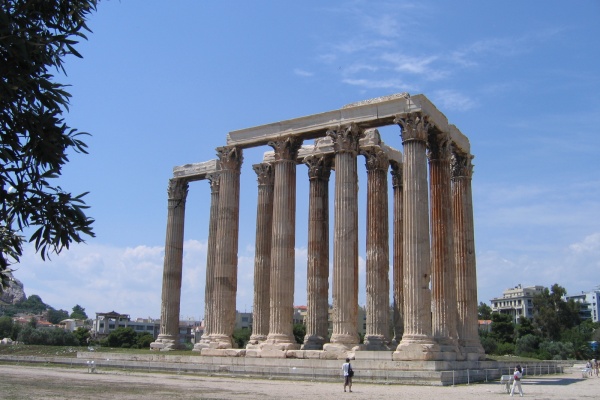 This temple represents a number of different periods of Athenian history. Its construction began in the 6th century BC under the tyrants Hippias and Hipparchos, at the exact locations where lay the ruins of an earlier temple built by their father, the tyrant Peisistratos. It remained unfinished, until it was completed centuries later, in 132 AD, by the Roman governor Hadrian. Originally enormous by ancient standards, today only fifteen of its 104 columns are still standing. A sixteenth column lies on the ground, where it fell during a storm in the 19th century.