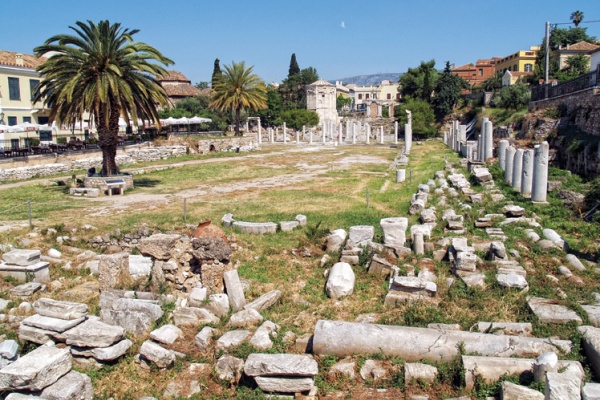 Two of the largest monuments dating from the Roman era can be found north of the Acropolis and east of the Ancient Agora, in the district of Plaka, in an area of 28,000 sqm. The Roman Forum was the commercial centre of Athens during the Roman times. It was built under the supervision of Roman emperor Augustus (19-11 BC) to house the commercial enterprises of the city. Hadrian's Library, constructed by Hadrian as part of an effort to redesign Athens, in 132 AD, was utilized to accommodate the city’s largest library, state archives and philosophy schools. 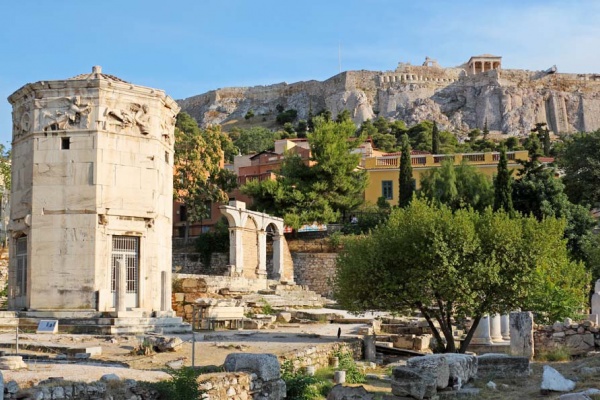 Another monument in this site is the Water Clock (Horologion) or Tower of the Winds, with sculpted depictions of wind-related deities and an internal water clock, built in the 1st century BC by Macedonian astronomer Andronikos Kyrhestes. Other monuments include the Vespasianae (public latrines), the Agoranomion and the Fethiye Mosque (Tzami).  A four day pass at a price of €12 (concessions €6), can get you into: the Acropolis, the Ancient Agora and its museum, Kerameikos and its museum, the Roman Agora, Acropolis’ North and South slopes and the Temple of Olympian Zeus (not applicable for the Acropolis Museum).