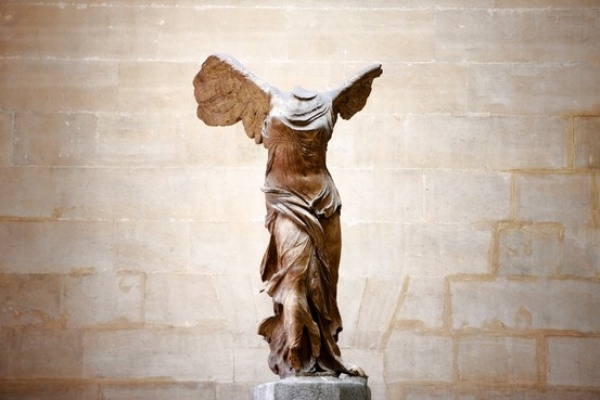 The Louvre Museum, Paris, has agreed to the creation of two exact replicas of the world celebrated ancient Greek statue of the goddess Nike, also known as the “Winged Victory of Samothrace”, in response to the Eastern Macedonia and Thrace Prefecture’s initiative. One of the replicas will be placed in its original location and the other in the city of Alexandroupolis, northern Greece. The two replicas will be created in the statue’s true size according to the museum’s 3D guidelines. “Our cultural heritage is exceptional, shining worldwide, with far-reaching influence, and as such we must highlight it in all its glory and bring it closer to our fellow citizens”, said Eastern Macedonia and Thrace Prefect Yiorgos Pavlides, thanking “the Louvre Museum, the guardian of the Winged Victory of Samothrace, for the courtesy”.  The 2nd-century BC marble sculpture of Nike, has been displayed at the Louvre since 1884.