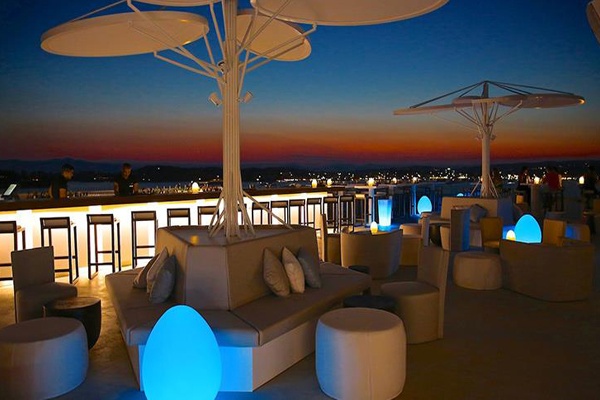 Though for others summer in Greece means taverna, ouzo and relaxation by the sea, for you is simply the opportunity for merrymaking. Although you did not spend all winter immersed in your couch, summer is the ideal season for endless partying and clubbing. If you are in for all kinds of parties, from extemporaneous happenings to big events that leave history, in Porto Heli you can have it all. Especially those glamorous summer nights you've always been seeking. Faithful to the spirit and philosophy of Nikki Beach worldwide, Nikki Beach Resort & Spa Porto Heli has prepared for you a summer full of events. It all started with Alexander Christopoulos, while the White Party with Playmen and the Magic Party that followed were also a success. Maggie Charalambides and Michalis Tsaousopoulou played music that gave rhythm to the What Women Want event with the unique fashion show of swimwear Crool Swimwear and Kathy Heyndels. Every Thursday radio producers of Flash 92.3 play music in the Pearl Rooftop, with Greek Nights that promise unforgettable evenings under the stars. On 4 August Themis Georgantas takes place on the decks, followed by Dimitris Sarados on August 11th and Nikos Markoglou on the 18th and 25th of August. The evenings of August Even as one-day getaway from Athens, live a wild night at Nikki Beach Resort & Spa Porto Heli, is more than easy, so get your diary and keep notes. On August 12th don't miss the Brazil Party by the pool, on 13th of August Junior Papa will dress the Yacht Party with his music, followed by dj Gogos on August 14th who plays in the event Life is a Beach. The 21st of August all superheroes attend the Superhero party. On August 20th the Beach Club of the hotel welcomes the band Onirama, who arrive at Nikki Beach Resort & Spa Porto Heli for the ultimate event of the summer that no one should miss. And when September will approach bringing along its autumnal melancholy, the festivities won't stop. Music, dancing and cocktails will come and go around the pool, under the starry sky of Argolida overlooking the most beautiful part of the Greek Riviera. When Spetses will celebrate Armata, Porto Heli is well prepared for the best Red Party on September 9th with a surprise live performance that will be discussed.Sports Shoes | Nike Air Max