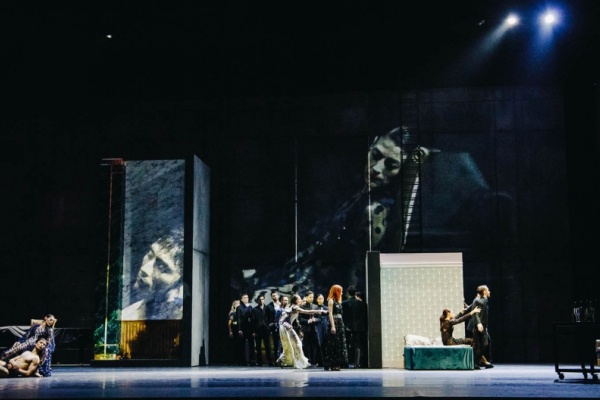 The Athens Epidaurus Festival has been the pinnacle of arts and culture events in Greece since 1955. It has entailed professional, live performances of theatre, ancient drama, dance, music, art exhibitions, and a myriad of other fascinating initiatives. Essentially, it should be on every art lover’s itinerary this summer.

After a one year hiatus due to the pandemic, performances started on June 1st at the Peiraios 260 Theatre. According to the festival’s website, the halls of the theatre are converted into open-air spaces, with retractable roofs, ensuring that all health protocols are followed.

Regarded as the best preserved ancient theatre in Greece in terms of its structure and perfect acoustics, the Ancient Theatre of Epidaurus is featuring one of the richest programmes in the festival’s history this year, with ten premieres that will take place on Fridays, Saturdays, and Sundays from June to early September. The world premiere of an international co-production will be presented at the theatre this September as well: Thomas Ostermeier and his company, Schaubühne, will delve into ancient drama with a new play by Maja Zade that centers around Oedipus’ myth.

The programme for the Little Theatre of Ancient Epidaurus has been extended to late August, starting with Parodos, which is an interdisciplinary residency programme that gives artists an opportunity to explore dramaturgical approaches to ancient Greek drama. The festival also commissioned contemporary Greek writers to author new plays inspired by ancient drama to be performed at the Little Theatre.

There are more than 80 productions at this year’s festival, including over 50 Greek productions and 30 international works. Overall, about 1,800 artists will be featured.

The Festival has something in its programme for everyone: these captivating performances include pieces like the “Soccer Opera,” which entails a 3x3 soccer match where opera singers and dancers serve as players, with two rival choirs chanting songs as they root for their respective teams. You can alternatively buy tickets to performances like ”Dance With My Own Shadow,” an acclaimed work featuring four pieces choreographed by Konstantinos Rigos for the Greek National Opera Ballet. The pieces cover a myriad of emotions; in Kyklos tou C.N.S (C.N.S Cycle), loss and suffering unfold against the backdrop of the rough sea, and in Το Chamogelo tis Tzokontas (Gioconda’s Smile), the glamour and excitement of New York City accentuates loneliness.

The festival, a mutli-faceted event that encompasses various art forms, cannot be pinned down by any one theme. The programmes instead revolve around several motifs: Gender Identities, Contemporary Ancients, Surprising Encounters, and the 1821 Bicentennial.

The productions touching on Gender Identities focus on gender related issues such as the #metoo movement and gender equality. The Contemporary Ancients pieces center around dramaturgical approaches to ancient Greek drama. The theme Surprising Encounters is expressed through the festival’s efforts to push the boundaries of art, culminating in the presentation of original, unique works. The 1821 Bicentennial motif is presented through the works commissioned by the festival that are meant to explore aspects of this historic anniversary.

“The programme also includes the Layers of Street dance thematic cycle, dedicated to hip-hop culture, and Chronotopia, two days of electronic music held in collaboration with Berlin’s CTM Festival and Goethe-Institut Athen,” according to the festival’s website.

The festivities do not end there: for the first time in its history, the Athens & Epidaurus Festival plans on expanding its artistic activities throughout the fall and winter seasons, but with a twist. They will be introducing a series of research initiatives and collaborations named after the architectural term Open Plan.

Now, what does this mean? The festival, in an effort to break down boundaries and establish greater accessibility, is implementing Open Plan programmes that are both collaborative and specifically designed to be carried out online. The festival events under the Open Plan umbrella - workshops, masterclasses, performances, webinars and original artistic works - are offered to professional artists and the general public.

This new festival model that strives to bring people together through art and technology is particularly exciting considering the communal sense of isolation experienced during the COVID-19 pandemic.

The Open Plan programmes include Radio Plays, Ancient Future Solo, Αντηχήσεις/Echoes, Morphés, Revisiting Brecht, and Layers of Street. Feel free to participate in these events this fall and winter from your home, wherever that may be!

Photo: ”Dance With My Own Shadow,” by Konstantinos Rigos for the Greek National Opera Ballet