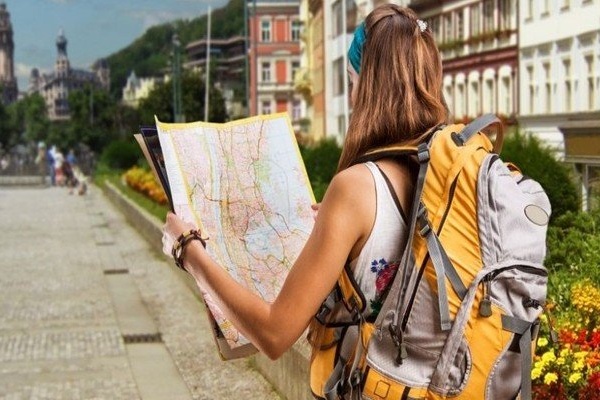 All fields have trends, and we get stuck with them. Tourism is no exception, it has its trends. You’ve probably realized by now that Greeks tend to go to Rome, Paris, London, Barcelona, Milan and Prague, while ignoring Croatia, Warsaw and other destinations with hidden treasures. Same stands for other Europeans who stick with obvious choices. The French reciprocate the choice of the Spanish to visit France, while the Dutch tend to visit neighboring Germany and the UK. Our country, on the other hand, is a popular choice among the Swedes, regardless of the miles that separate us.

The European Commission started noticing the trends and decided to take action. Aiming towards eliminating the mentality of visiting mainly neighboring countries, as voting in Eurovision, the Union’s new campaign offers travelling suggestions and calls upon Europeans to exchange ideas.

The site of the campaign «Europe. Wonder is all around.» presents an application featuring a “map of wonders” through which Europeans can share hidden wonders, their preferences and tastes as well as their stories. If you upload a picture and reveal your secrets, not only you’ll have the chance of winning train tickets for Euro-trips, but you will inspire others to travel to less popular destinations. You can upload pictures under four distinct categories; ‘Find Your Favourite Colour’ ‘Europe is Your Kingdom’, ‘You Never Feel Alone’ and ‘Astonishing Beauty’.

Later on, through all of the contributions, a choice will be made among the top wonders of Europe and the Wonder Game will begin. Goal of the game, which is available to anyone on Facebook, is to guess the exact location of a given destination in Europe. The game lasts up to 7 weeks and each week the best player gets rewarded with a Europe Travel Guide.

The promotion of the campaign is done through the hashtag #MyWonderfulEurope, while a series of clips are to be viewed, among others, in European cinema theaters and on the internet. Just follow “Europe. Wonder is  all around”, post with the hashtag, and take the situation in your hands. Share your favourite destinations and make them more popular.

On the campaign’s website, there is additional information, such as informative fliers and explanatory graphs. It is a well-thought out campaign which promotes tourism and of which the European Travel Commission (ETC) is one of the main partners.

The European Commission is not does not insist at random  on the promotion of European tourism, as it greatly contributes to the European economy. In 2014, it contributed with an amount over 1,6 trillion Euros, which equals to 10% of the total GDP of the EU  and the direct, indirect and induced impacts supported 25 million jobs within the European Union.  (WTTC-World Travel and Tourism Council, economic impact of travel and tourism EU).

However, a continuous extension and a differentiation of the market of tourism are observed, while a number of new destinations have also surfaced during these last decades, which are located outside the EU. Statistics show that up until 2025, only one third (33%) of the international arrivals will be in the EU, which lies below 2010’s 40% and 1980’s 56% (International tourism trends in EU-28 - current situation and forecasts for 2020-2025-2030). Therefore, goal of the European Union is to maintain its position as the primary vacation destination, whilst increasing the contribution of the Tourism Industry in economic enlargement (growth) and in employment.