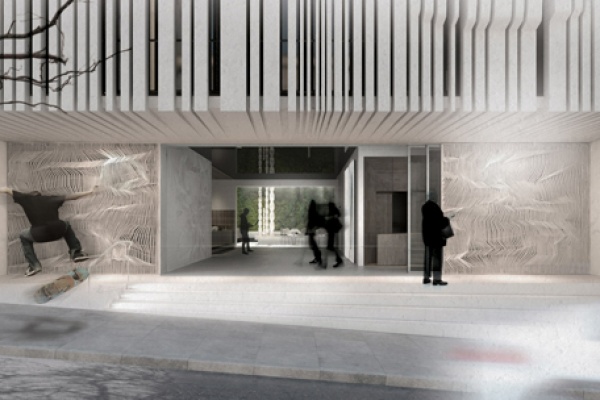 Divine Dialogues at The Museum of Cycladic Art 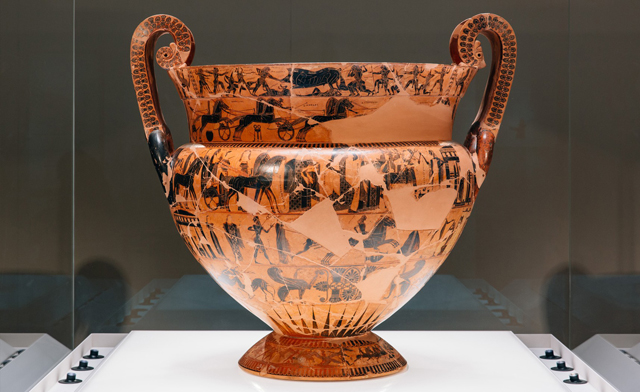 Cy Twombly‘s fascination with Greece is well known. Even though he first visited the country during the summer of 1960, Greek mythology takes an important place in his oeuvre already since the late 1950s. For the first time, 27 of his works inspired by Greek mythology and his close ties with Greece, are presented alongside 12 ancient artworks, revealing a unique and original dialogue between ancient Greek and contemporary art. Until 3 September. M/ W/ F/ S: 10.00-17.00, Thu: 10.00-20.00, Sun: 11.00-17.00, Tue: Closed. Free guided tours of the exhibition (upon display of valid admission ticket): every Thu at 18.30. Admission: €7. Museum of Cycladic Art, 4 Neophytou Douka Str, Kolonaki, +302107228321-3, cycladic.gr

DESTE Prize at The Museum of Cycladic Art 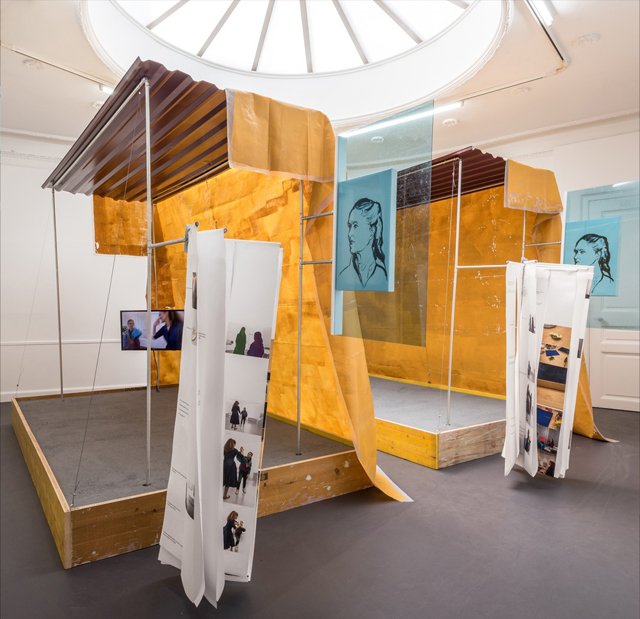 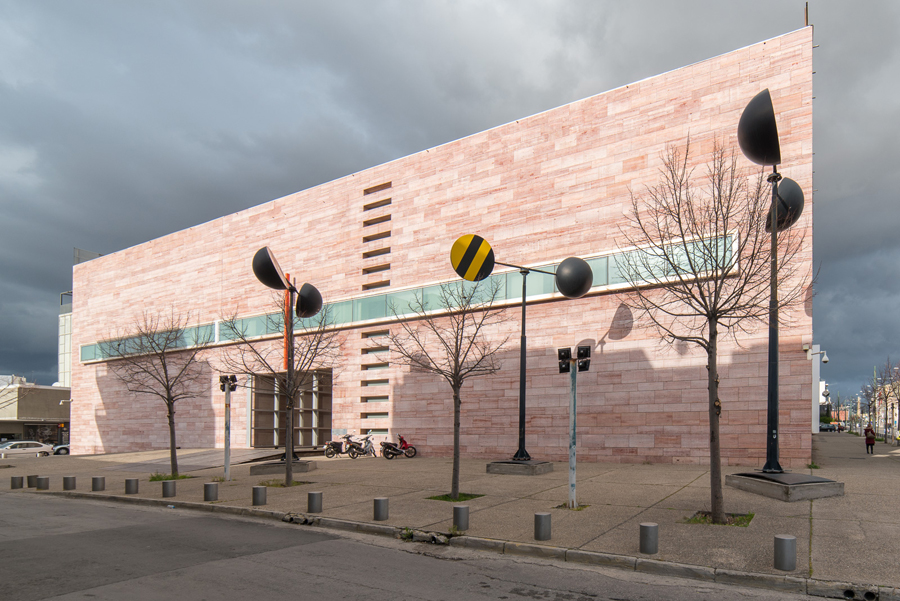 Athens hosts for the first time ever Documenta 14, the famous international exhibition of contemporary art, which is currently continued at its hometown in Kassel, Germany. Documenta 14 has become the absolute talk of the town, exactly as it should be, since it constitutes the biggest art event of the city. Taking place in the biggest museums and major open air urban spots  in more than 40 different public institutions, squares, cinemas, universities and libraries, the exhibition features more than 160 artists from all around the world. Until July 16. Find out more at documenta14.de 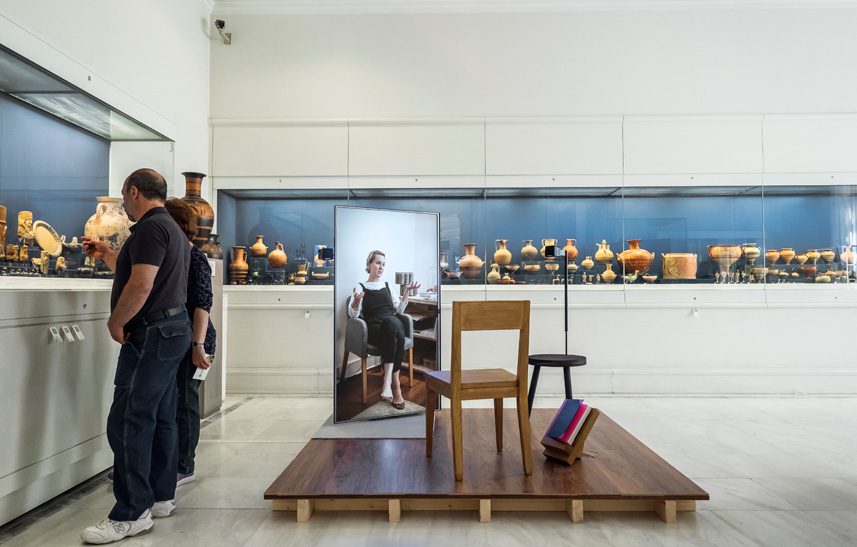 A project that explores the possibility of reinventing classicism and argues for its enduring influence on contemporary art. Conceived by Brooke Holmes, Robert F. Goheen Professor in the Humanities and Professor of Classics at Princeton University, in collaboration with Polina Kosmadaki, curator at the Benaki Museum, and Yorgos Tzirtzilakis, artistic advisor to the DESTE Foundation, the project includes a book with critical contributions by renowned scholars and conversations with prominent artists, as well as a site-specific video installation of artist interviews, conceived and designed by Diller Scofidio + Renfro. ` Until 17 September. Tickets: €9, €7. W/ F: 9:00 - 17:00 Thu/ S: 9:00 - 00:00/ Sun: 9:00 - 15:00/ Closed on Mon, Tue.
Benaki Museum, Koumbari 1 & Vasilissis Sofias Str, Kolonaki, +302103671000, benaki.gr

Voyage - Seafaring and Shipbuilding in Greece from antiquity to modern times

40 handmade wooden models of Greek ships tell the story
of maritime voyages, achievements in naval architecture, exchange of ideas and technological developments,  which date from prehistoric times to the middle of the 20th century. The exhibits, of remarkable size (0,60 m. to 1,50 m) and excellent, detailed construction, combined with the well-designed presentation, offer the possibility to study the models at their leisure and in depth, and thus better understand the development of shipbuilding from antiquity to the beginning of the 20th century.  A new section has enriched the exhibition, focusing on the century of research during which scientists have tried to understand the Antikythera Mechanism. Through 27 August. General Admission: €6. Reduced ticket €4. Daily & weekends 10:00-18:00 Thu 10:00-20:00. Museum Herakleidon, 37 Apostolou Pavlou Str, Thissio, +302110126486, herakleidon-art.gr

Tomorrows: Urban fictions for possible futures by STEGI Onassis Cultural Centre
Artists, architects and designers tell stories about the cities of tomorrow. The exhibition presents utopian and dystopian scenarios, where the future becomes a tool of understanding present itself. The Tomorrows exhibition focuses on the multiple aspects the future presents today and examines them through video installations and architectural narratives; drafts, plans and prototypes; wearables, 3D print-outs. 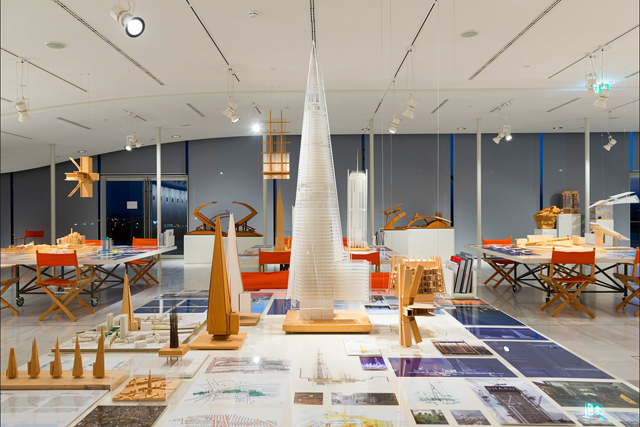 The exhibition showcases architectural projects from the last 30 years by the Renzo Piano Building Workshop. It consists of 18 tabletop displays of scale models, drawings, photographs and video, chronicling the history of different projects by the internationally renowned architectural firm. The models, like islands, represent a wide range of projects, such as museums, libraries, airports and even private residences, recounting the building design process, starting from the architect’s vision and the project’s conception, all the way to construction.  The SNFCC, one of the Renzo Piano Building Workshop’s most recent works, holds a special place in the exhibition and you get the chance to see step by step the conception, design and implementation of one of the largest construction projects in Greece’s recent history. Through July 23. Free Admission. Opening Hours: 06:00 – 24:00. Stavros Niarchos Foundation Cultural Centre, 364 Syggrou Avenue, Kallithea, +302168091001, www.snfcc.org