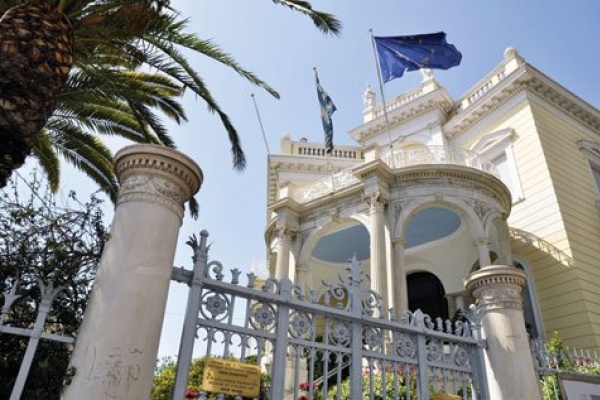 Built by the architect Ernest Ziller, this is one of the most important architectural feats of neoclassicism in Athens as it harmonically combines Greek and Roman elements influenced by more modern trends.

The construction first began in 1895 and it was meant to be the residence of the bourgeois family of Othon and Athina Stathatou, to whom it belonged until 1938. Since then it has served as the headquarters of many foreign embassies. In 1982 it was bought by the Public Properties Company and was renovated by the architect P. Kalligas with the purpose of being used as the official residence of dignitaries visiting Greece. For various reasons the building was never used in this way and in 1991 it was ceded to the Museum of Cycladic Art to help expand its exhibition needs. In 2001, the Greek State decided to concede its use to the N.P. Goulandri Foundation for 50 more years.

The neoclassic building at 4, Kapsali str. 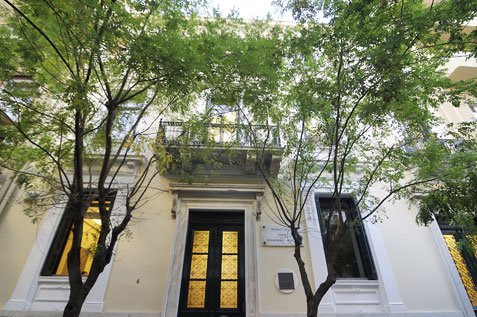 It is a 1920s building, one of the last neoclassic buildings to be constructed in Athens. It was first built as the residence of a wealthy Athenian and was afterwards converted to office spaces and an international clothing store. As a result of the continual use of the building, its exterior was well maintained. On the other hand its interior after so many renovations and adjustments has lost all original morphological elements.

For its current use as a lawyer firm, it was renovated by AK-A Architects (Katerina Apostolou, Minna Kolaki). The renovated interior is a modern take on art deco. The 1200 sq.m building has 4 floors, a magnificent open space of 180 sq.m. and 90 sq.m. of balconies at the back.

This is actually a reconstruction of a 1930s building, once known as the Z. Lorentzatou apartment building, designed by the architect M. Lazaridis and built in 1935. The building, true to the architectural style of its era, has a vertical symmetry, eskers and curved finishes. It was reconstructed in 2015 by Elastic Architects. 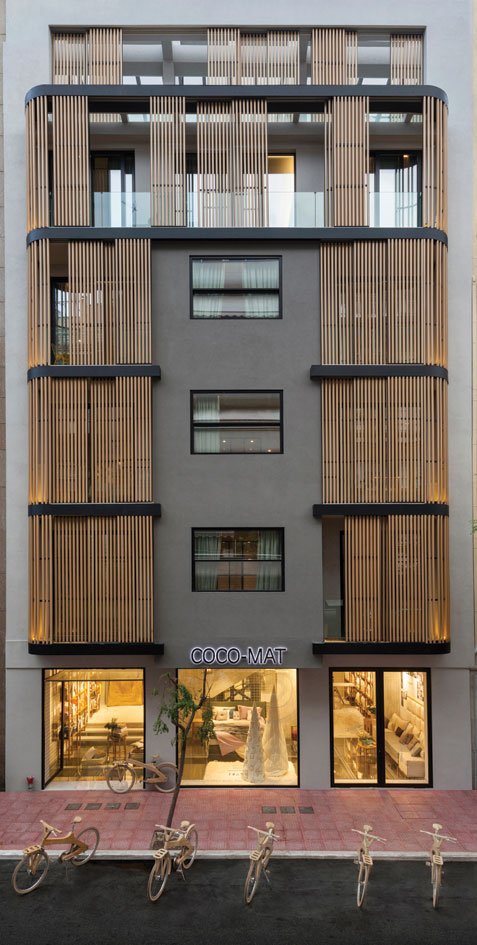 Their intention was to bring forward the new identity of the building as a hotel, in an operational as well as an aesthetic level, therefore the reconfiguration of the exterior was essential. This reconstruction project was done with respect to the fundamental principles with which the building was originally designed. At the same time it was important to showcase the modern philosophy behind COCO-MAT with the use of natural and organic materials.

The Doxiadis building, a trademark for Athens, was built between 1957 and the early 70s. It consists of 4 distinct parts and was designed by the prominent Greek architect and urban planner K. Doxiadis in order to house the Athens Technological School, the Graduate School of Ekistics and the offices of the Doxiadis architecture and urban planning firm. 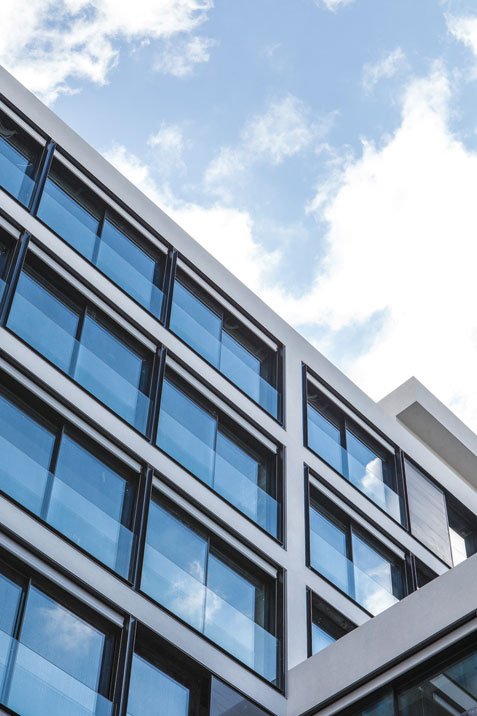 In 2013 it was restored and transformed into an apartment building by DiverCity, with great respect to the building’s history and continuity through time. The transformation project followed in a way Doxiadis “dialectic”, namely the concepts of transformation, urban integration and sustainable energy architecture maintaining the architect’s original signature elements like open spaces and impressive spiral staircases.

Designed and built in 2013 by the architect G. Aggelis, this is a modern approach to the typical Athenian apartment building. It consists of 5 floors, a grand entrance and 4 underground levels. 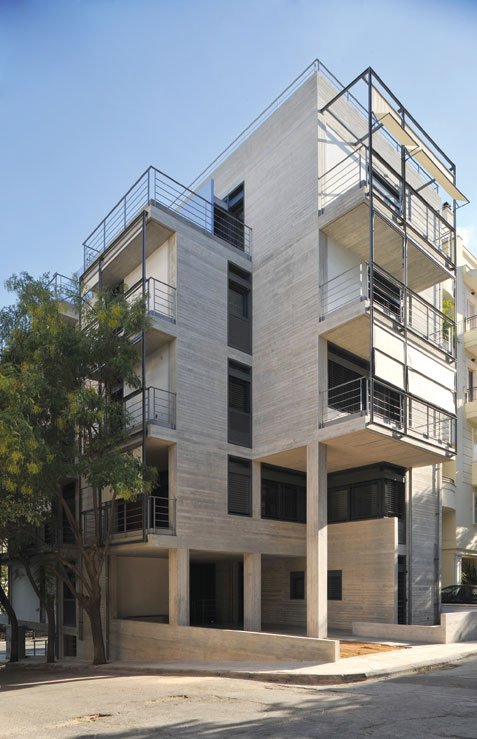 The main design idea was inspired basically by the way the building should be integrated with its surroundings. The inner open passageway and the entrance to the staircase act as a meeting point for the residents while the different building styles allow diverse configuration between the floors. All the spaces are naked and explicit, introducing a calm, friendly and somewhat “silent” landscape.